Most existing studies on fear of cancer recurrence (FCR) are exploratory without theoretical underpinnings and have been conducted among non-Hispanic Whites. Based on theoretical models, we hypothesized that more physical symptoms (pain and fatigue) would be associated with higher FCR, which, in turn would be related to lower emotional well-being among Chinese American breast cancer survivors.

Participants were 77 Chinese American women who were diagnosed with breast cancer of stages 0–III. A cross-sectional path analysis was conducted with a bootstrapping method.

To our best knowledge, this is the first theory-driven study that investigates FCR experiences among Chinese American breast cancer survivors. Our study might provide a more comprehensive understanding of FCR as it simultaneously shows predictors and a psychological consequence of FCR. Results need to be replicated in large, racially/ethnically diverse samples and longitudinal studies. 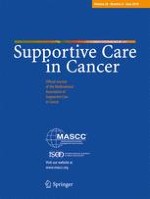 Sexual health in patients with hematological malignancies: a neglected issue