The aims of this study are to investigate whether auditory dysfunction is part of the spectrum of neurological abnormalities associated with Leber’s hereditary optic neuropathy (LHON) and to determine the perceptual consequences of auditory neuropathy (AN) in affected listeners. Forty-eight subjects confirmed by genetic testing as having one of four mitochondrial mutations associated with LHON (mt11778, mtDNA14484, mtDNA14482 and mtDNA3460) participated. Thirty-two of these had lost vision, and 16 were asymptomatic at the point of data collection. While the majority of individuals showed normal sound detection, >25% (of both symptomatic and asymptomatic participants) showed electrophysiological evidence of AN with either absent or severely delayed auditory brainstem potentials. Abnormalities were observed for each of the mutations, but subjects with the mtDNA11778 type were the most affected. Auditory perception was also abnormal in both symptomatic and asymptomatic subjects, with >20% of cases showing impaired detection of auditory temporal (timing) cues and >30% showing abnormal speech perception both in quiet and in the presence of background noise. The findings of this study indicate that a relatively high proportion of individuals with the LHON genetic profile may suffer functional hearing difficulties due to neural abnormality in the central auditory pathways. 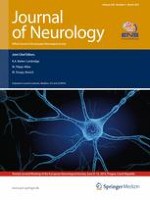 Letter to the editors: comment on “Hereditary sensory and autonomic neuropathy II due to novel mutation in the HSN2 gene in Mexican families”