The German Standing Committee on Vaccination (STIKO) recommends seasonal influenza vaccination for children and adolescents with chronic medical conditions that put them at risk for severe influenza illness. In addition to trivalent inactivated influenza vaccines (TIV), a trivalent live-attenuated influenza vaccine (LAIV) was licensed for children and adolescents aged 2–17 years in the European Union in 2011. Employing the methodology of the Grading of Recommendations Assessment, Development and Evaluation (GRADE) working group, we examined the evidence for efficacy and safety of LAIV relative to TIV to guide STIKO’s decision on whether LAIV should be preferentially recommended for at-risk children. In our meta-analysis of data from two randomized trials directly comparing LAIV and TIV in children aged ≤ 6 years, the protective efficacy of LAIV against laboratory-confirmed influenza was 53 % [95 % confidence interval (CI): 45–61 %] higher than that of TIV. A similar study in individuals aged 6–17 years showed a 32 % (95 % CI: 3–52 %) higher efficacy of LAIV. The quality of the evidence for a superior protective efficacy of LAIV against all relevant clinical outcomes was rated ‘moderate’ for children aged 2–6 years and ‘low’ for the age group 7–17 years. Regarding safety outcomes, the available data suggest no significant differences between LAIV and TIV. Based on these results, STIKO recommends that LAIV should be used preferentially for influenza vaccination of at-risk children aged 2–6 years. In children and adolescents aged 7–17 years, either LAIV or TIV may be used without specific preference. Possible contraindications and the vaccinee’s and his/her guardians’ preferences should be taken into account. 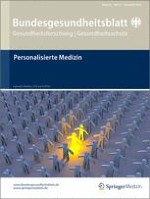