The use of the double scleral flaps technique was more efficient in preventing Hoffman elbow exposure. 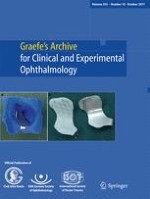 59 eyes with endogenous endophthalmitis– causes, outcomes and mortality in a Danish population between 2000 and 2016

One-year efficacy of adjunctive use of Ripasudil, a rho-kinase inhibitor, in patients with glaucoma inadequately controlled with maximum medical therapy