Beating the odds: an approach to the topic of resilience in children and adolescents | springermedizin.de Skip to main content
TOOLBAR 1 2 3 4
SUCHE MENÜ 1 2 3 4

The concept of good mental functioning despite negative influences first arose more than a hundred years ago and has received increasing interest during the last decades. For a long time, lack of unified definition of concept and terms rendered research difficult to compare. Nowadays, consent is reached on a definition of resilience as “an individual’s ability to properly adapt to stress and adversity” and a large number of studies have been performed trying to identify factors that render children resilient. Among these, interpersonal factors like gender, intelligence, aspects of character and temperament as well as genes; factors within the family like a stable and positive relation to an adult; and factors of the broader environment like being integrated into the community have been those most articulately pointed out by research. Although, to date, research on resilience has been extensive, there is still a lack of robust, comparative, empirical studies allowing policy formulation for fostering resilience in children at risk.

Titel
Beating the odds: an approach to the topic of resilience in children and adolescents
Autoren:
Dr. Katrin Skala
Thomas Bruckner 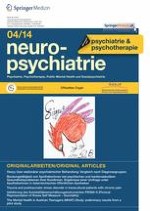