Mucopolysaccharidosis (MPS) IIIA, also known as Sanfilippo syndrome type A, is a severe, progressive disease that affects the central nervous system (CNS). MPS IIIA is inherited in an autosomal recessive manner and is caused by a deficiency in the lysosomal enzyme sulfamidase, which is required for the degradation of heparan sulfate. The sulfamidase is produced by the N-sulphoglucosamine sulphohydrolase (SGSH) gene. In MPS IIIA patients, the excess of lysosomal storage of heparan sulfate often leads to mental retardation, hyperactive behavior, and connective tissue impairments, which occur due to various known missense mutations in the SGSH, leading to protein dysfunction. In this study, we focused on three mutations (R74C, S66W, and R245H) based on in silico pathogenic, conservation, and stability prediction tool studies. The three mutations were further subjected to molecular dynamic simulation (MDS) analysis using GROMACS simulation software to observe the structural changes they induced, and all the mutants exhibited maximum deviation patterns compared with the native protein. Conformational changes were observed in the mutants based on various geometrical parameters, such as conformational stability, fluctuation, and compactness, followed by hydrogen bonding, physicochemical properties, principal component analysis (PCA), and salt bridge analyses, which further validated the underlying cause of the protein instability. Additionally, secondary structure and surrounding amino acid analyses further confirmed the above results indicating the loss of protein function in the mutants compared with the native protein. The present results reveal the effects of three mutations on the enzymatic activity of sulfamidase, providing a molecular explanation for the cause of the disease. Thus, this study allows for a better understanding of the effect of SGSH mutations through the use of various computational approaches in terms of both structure and functions and provides a platform for the development of therapeutic drugs and potential disease treatments. 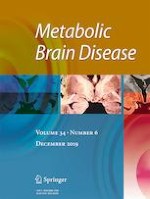