Biological/pathological functions of the CXCL12/CXCR4/CXCR7 axes in the pathogenesis of bladder cancer | springermedizin.de Skip to main content
TOOLBAR 1 2 3 4
SUCHE MENÜ 1 2 3 4

CXC chemokine ligand 12 (CXCL12) is an important member of the CXC subfamily of chemokines, and has been extensively studied in various human body organs and systems, both in physiological and clinical states. Ligation of CXCL12 to CXCR4 and CXCR7 as its receptors on peripheral immune cells gives rise to pleiotropic activities. CXCL12 itself is a highly effective chemoattractant which conservatively attracts lymphocytes and monocytes, whereas there exists no evidence to show attraction for neutrophils. CXCL12 regulates inflammation, neo-vascularization, metastasis, and tumor growth, phenomena which are all pivotally involved in cancer development and further metastasis. Generation and secretion of CXCL12 by stromal cells facilitate attraction of cancer cells, acting through its cognate receptor, CXCR4, which is expressed by both hematopoietic and non-hematopoietic tumor cells. CXCR4 stimulates tumor progression by different mechanisms and is required for metastatic spread to organs where CXCL12 is expressed, thereby allowing tumor cells to access cellular niches, such as the marrow, which favor tumor cell survival and proliferation. It has also been demonstrated that CXCL12 binds to another seven-transmembrane G-protein receptor or G-protein-coupled receptor, namely CXCR7. These studies indicated critical roles for CXCR4 and CXCR7 mediation of tumor metastasis in several types of cancers, suggesting their contributions as biomarkers of tumor behavior as well as potential therapeutic targets. Furthermore, CXCL12 itself has the capability to stimulate survival and growth of neoplastic cells in a paracrine fashion. CXCL12 is a supportive chemokine for tumor neovascularization via attracting endothelial cells to the tumor microenvironment. It has been suggested that elevated protein and mRNA levels of CXCL12/CXCR4/CXCR7 are associated with human bladder cancer (BC). Taken together, mounting evidence suggests a role for CXCR4, CXCR7, and their ligand CXCL12 during the genesis of BC and its further development. However, a better understanding is still required before exploring CXCL12/CXCR4/CXCR7 targeting in the clinic. 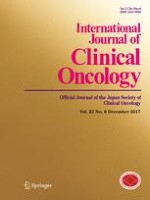