Blood pressure and hypertension prevalence among oldest-old in China for 16 year: based on CLHLS | springermedizin.de Skip to main content
TOOLBAR 1 2 3 4
SUCHE MENÜ 1 2 3 4

There were little national data on hypertension based on the oldest-old, and lack of information on chronological changes. This study aimed to describe trends of blood pressure (BP) levels and hypertension prevalence for the past 16 years among the oldest-old in China.

All the oldest-old who had participated in the Chinese Longitudinal Healthy Longevity Survey (CLHLS) 1998 to 2014 with information about BP levels and hypertension were included in the analysis. 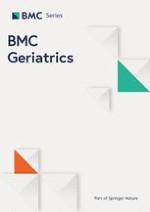