In girls with Idiopathic Central Precocious Puberty (ICPP) concern has been raised by the potential impact of GnRH-analogues (GnRHa) treatment on body weight. We evaluated the effect of GnRHa on Body Mass Index (BMI) in girls with ICPP according to weight status at diagnosis.

One hundred seventeen ICPP girls were divided according to pretreatment weight status in: normal weight (NW), overweight (OW) and obese (OB). BMI at one and two years of treatment was assessed. BMI-SDS of 60 patients who reached adult height (AH) was compared to that of 33 ICPP untreated girls. 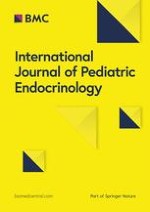