Even when human skeletal remains are found in contexts indicative of body disposal after homicide, none of the bones may manifest injuries. When skeletons are incomplete, there are two possibilities, the injured bones are missing or none were injured. This leads to the question how frequently bones are injured during homicide, where the injuries tend to be placed, and whether the frequency of injury is related to the type of homicide. To answer these questions, the postmortem reports from all autopsies performed for homicide victims at the Institute of Legal Medicine at the University Hospital in Frankfurt am Main, Germany, between 1994 and 2014, were retrospectively evaluated for bony injuries discovered during autopsy. In 90 cases, a preliminary postmortem computed tomography (pmCT) examination had been performed. The cases were categorized into the following five groups by type of fatal trauma: blunt force, sharp force, gunshot injury, strangulation, or other. In total, the postmortem reports for 897 homicides (527 male, 370 female) were evaluated. The number of victims per trauma category were sharp force, 309; blunt force, 179; gunshot injury, 242; strangulation, 92; and other, 75. Bony injuries had been reported in 70.9 % of the homicides. The “gunshot” category contained the highest proportion of victims with bony injuries (92.6 %). With 80.4 %, the second-highest proportion of victims with bony injuries was in the “blunt force” category, followed by 66.3 % of victims in the “sharp force” group. In contrast, with 53.3 %, the second-lowest proportion of victims with bony injuries was in the “strangulation” category, which contained a preponderance of female victims, followed by 17.3 % of victims with bony injuries in the “other” category. Bony injuries thus occurred in the majority of homicides. Forensic osteological analysis should, therefore, always be performed on badly decomposed human remains. Where necessary, the additional use of visualization techniques, in particular, pmCT, or maceration may be considered. The absence of bony injuries does not rule out homicide; e.g., in strangulations, bony injuries are manifest in only half the victims, even when the skeleton is intact. The relevant structures are also easily lost to decomposition, scavenging, or scattering. 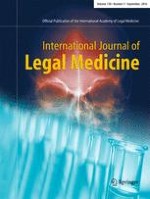