This cross-sectional study compared breastfeeding outcomes among childhood cancer survivors to those of women in the general population and evaluated whether breastfeeding is adversely affected by cancer treatment or endocrine-related late effects.

A self-reported survey ascertained breastfeeding practices and incorporated items from the questionnaires used in the Infant Feeding Practices Study II (IFPS II) to allow comparison with the general population. Among 710 eligible survivors, 472 (66%) responded. The participants were predominantly non-Hispanic White (84%), married (73%), and had some college or less (60%). The mean maternal age at the time of birth of the first child after cancer treatment was 24 years (SD 24.3 ± 4.8).

Survivors are at risk of negative breastfeeding experiences; however, lactation outcomes were not significantly associated with cancer diagnosis, treatments, or endocrine complications.

Prior research has not examined the association of cancer treatments and clinically validated late effects with lactation outcomes in a clinically diverse childhood cancer survivor cohort. Findings from this study suggest that childhood cancer survivors, especially those who are overweight/obese, are at risk of having negative breastfeeding experiences. Early undesired weaning, physiologic problems related to lactation and misconceptions about breastfeeding, especially fears of passing on cancer through breastmilk, highlight the need for counseling and specialized support to optimize lactation outcomes in this vulnerable population. 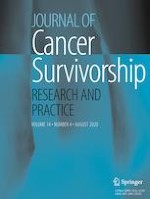 Physical activity barriers and resources among black women with a history of breast and endometrial cancer: a systematic review