The aim of this study was to explore the construction of breastfeeding in public, as depicted in the stories and the opinions of women participating in discussions on public forums.

There were 8 discussion forums selected, from which 769 messages were subjected to a narrative analysis further informed by recurrent themes identified in the literature and across messages. The emerging narratives were grouped based on their valence, and three broader categories of themes were formed, highlighting the predominant tone towards breastfeeding in public.

The three broader themes, ‘public restraint of breast(feeding) as acknowledgement of the cultural status-quo’, ‘permission within boundaries’ and ‘breast(feeding) as a human right’, depict various meanings and experiences associated with public breastfeeding. People seeing breasts as mainly a cultural symbol of sexuality were more against public breastfeeding and more in favour of covering up or striving to discretion. Those arguing that breastfeeding is no more than exercising a fundamental right and pleading for breast as a primary maternal symbol were more in favour of breastfeeding in public.

Aiming to understand personal and social perspectives on public breastfeeding is informative for understanding cultural differences in breastfeeding rates but also for designing effective interventions to promote it. 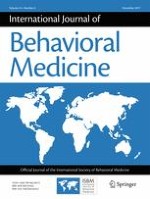 The Relation of Light-to-Moderate Alcohol Consumption to Glucose Metabolism and Insulin Resistance in Nondiabetic Adults: the Moderating Effects of Depressive Symptom Severity, Adiposity, and Sex

Socio-demographic, Marital, and Psychosocial Factors Associated with Condom Use Negotiation Self-Efficacy Among Mozambican Women at Risk for HIV Infection

The Impact of Militarism, Patriarchy, and Culture on Israeli Women’s Reproductive Health and Well-Being

“Not Brain-washed, but Heart-washed”: A Qualitative Analysis of Benevolent Sexism in the Anti-Choice Stance

Quantifying Multiple Work-Related Psychosocial Risk Factors: Proposal for a Composite Indicator Based on the COPSOQ II