Cancer-related fatigue (CRF) is a common and distressing symptom that can persist after cancer treatment has concluded. Bright light therapy has shown preliminary efficacy in reducing CRF, but its impact on other psychosocial factors is unclear. The purpose was to examine the impact of a 1-month light therapy intervention on fatigue, mood, and quality of life in cancer survivors with fatigue.

A total of 81 participants were randomly assigned to receive BWL (n = 42) or DRL (n = 39). Analyses revealed a group-by-time interaction for fatigue (p = .034), wherein the BWL condition reported a 17% greater reduction in fatigue than those in the DRL condition (between group d = .30). There were also significant improvements over time for both groups on measures of mood, depressive symptoms, and quality of life (p’s < .01).

BWL was associated with greater improvements in fatigue and both groups displayed improvements on secondary psychosocial outcomes.

These findings, along with previous reports of light therapy for CRF, support the use of this intervention to improve fatigue in cancer survivors. 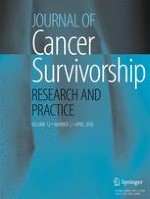