A growing body of evidence links the built environment to physical activity levels, health outcomes, and transportation behaviors. However, little of this research has focused on cycling, a sustainable transportation option with great potential for growth in North America. This study examines associations between decisions to bicycle (versus drive) and the built environment, with explicit consideration of three different spatial zones that may be relevant in travel behavior: trip origins, trip destinations, and along the route between. We analyzed 3,280 utilitarian bicycle and car trips in Metro Vancouver, Canada made by 1,902 adults, including both current and potential cyclists. Objective measures were developed for built environment characteristics related to the physical environment, land use patterns, the road network, and bicycle-specific facilities. Multilevel logistic regression was used to model the likelihood that a trip was made by bicycle, adjusting for trip distance and personal demographics. Separate models were constructed for each spatial zone, and a global model examined the relative influence of the three zones. In total, 31% (1,023 out of 3,280) of trips were made by bicycle. Increased odds of bicycling were associated with less hilliness; higher intersection density; less highways and arterials; presence of bicycle signage, traffic calming, and cyclist-activated traffic lights; more neighborhood commercial, educational, and industrial land uses; greater land use mix; and higher population density. Different factors were important within each spatial zone. Overall, the characteristics of routes were more influential than origin or destination characteristics. These findings indicate that the built environment has a significant influence on healthy travel decisions, and spatial context is important. Future research should explicitly consider relevant spatial zones when investigating the relationship between physical activity and urban form. 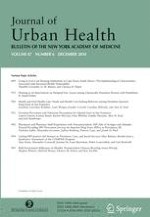 Housing as an Intervention on Hospital Use: Access among Chronically Homeless Persons with Disabilities