A significant proportion of dementia is concretely estimated to be attributable to dementia with Lewy bodies (DLB)—one of the most common types of progressive dementia; however, there is a paucity of literature on this disease. We aimed to examine available evidence to gain a better understanding of its treatment landscape, clinical management, and disease burden.

A systematic literature review captured any DLB studies that report on randomised controlled trials (RCTs), epidemiology, disease progression, and economic data. An additional targeted literature review captured studies reporting on clinical management and quality of life (QoL) in this disease. Publication date was limited to 1 January 2007–26 March 2018, with the exception for RCTs, where no time restrictions were applied.

Of the 3486 studies initially identified, 55 studies were eligible for inclusion. The studies were mainly from Europe (n = 29), the USA (n = 9), and Japan (n = 8). Mini-Mental State Examination and Neuropsychiatric Inventory scores were the most commonly reported clinical outcomes in RCTs (n = 14). The most frequently identified interventions reported in RCTs were donepezil and memantine. Patients with DLB typically reported worse outcomes in relation to efficacy and safety, cognitive impairment, survival, and QoL compared with those with Alzheimer’s disease (AD). Additionally, patients with DLB were associated with higher hospitalisation rates and cost of care. Furthermore, there is a reliance on a small number of consensus guidelines. Of these, only one set of guidelines (DLB Consortium) was developed specifically for DLB.

The paucity of data indicates an unmet need in this therapy area. Although several studies look into the clinical and pathological aspects of DLB, consensus guidelines and studies on healthcare utilisation in patients with dementia have largely focused on AD. Additionally, most of the findings were made in comparison with AD. 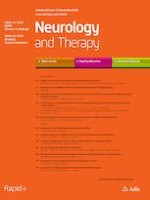 Diagnosing and Treating Depression in Patients with Alzheimer’s Disease