Calprotectin and NTx levels in PICF were significantly higher from peri-implant disease sites than from healthy sites. PICF calprotectin amounts correlated with PD, and its levels were significantly higher in the GI-1 and GI-2 groups than in the GI-0 group. PICF NTx amounts correlated with PD and the BL rate. ROC curves indicated that PICF calprotectin and NTx are useful biomarkers for peri-implant diseases. 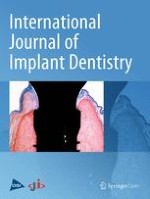 The effect of non-steroidal anti-inflammatory drugs on the osteogenic activity in osseointegration: a systematic review

3D-evaluation of the maxillary sinus in cone-beam computed tomography