Hundred patients undergoing laparoscopic live donor nephrectomy were included in the study and were divided randomly into two groups based on computer-generated randomization chart of fifty each. Patients were made familiar with VAS chart preoperatively. Group A received 20 mL of 0.5 % bupivacaine, while group B patients received 20 mL of 0.9 % normal saline intraperitoneally Postoperatively, patients were assessed based on VAS and requirement of rescue analgesic, hemodynamic parameters and presence of any adverse effects. Student’s t test was used for statistical analysis.

At all-time interval, mean pain scores were higher in group B than group A. The difference between the mean pain scores was statistically significant (p < 0.05) at 0, 2 and 4 h. The mean dose of rescue analgesia (pentazocin, 30 mg in one vial) in group A was 33 ± 26 mg which was significantly less as compared to group B where it was 62 ± 28 mg. There was statistically insignificant difference between all cardiorespiratory factories at all-time intervals except for heart rate and mean blood pressure at 0 h in group A as compared to group B.

Intraperitoneal bupivacaine is a simple, safe, inexpensive method for control of postoperative pain in patients undergoing laparoscopic live donor nephrectomy. Use of the correct dose and concentration of the drug are essential for effective pain control. 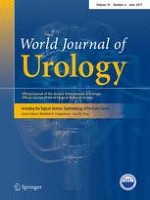