The implementation of laparoscopic pancreaticoduodenectomy (LPD) has been appropriately met with apprehension, and concerns exist regarding outcomes early in a program’s experience. We reviewed our early experience and outcomes of LPD.

Fourteen patients underwent an attempted LPD. The median operative time was 456 min (interquartile range (IQR), 109.5), median estimated blood loss was 300 ml (IQR, 225), and 29% of the patients required a perioperative blood transfusion. A conversion was necessary in two patients (14%). A malignancy was present in 12 patients. The mean tumor size was 2.2 cm (standard deviation (SD), 1.1), the mean lymph node count was 18.5 (SD 6.2), and an R0 resection was achieved in all 12 cases. Clavien grade I/II complications occurred in 42% of the patients, and Clavien grade III/IV complications occurred in three (20%). There was one late postoperative death. The median length of stay was 8 days. Compared to OPD, LPD took longer to perform, but no differences were noted with respect to blood loss, morbidity, mortality, R0 resection rate, and LN harvest.

LPD can be implemented in a high-volume pancreatic surgery center with acceptable oncologic and patient outcomes. 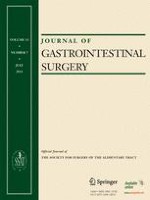 Clinicopathologic Characteristics and Outcomes of Patients with Obstructive Colorectal Cancer