We prospectively analyzed the clinical data and etiology of moderate to large pericardial effusion requiring pericardiocentesis and drainage in 140 consecutive Han Chinese patients from January 2007 to December 2009.

Pericardiocentesis was successfully performed and effective in all patients. There were 9 cases with transudates, while the remaining 131 cases were diagnosed with exudates (neoplastic in 54 patients, tuberculous in 40 patients, 9 cases of connective tissue diseases, 12 cases undergoing cardiac catheterization, and 8 cases of acute myocardial infarction). Among the 54 malignancies, 30 patients had lung cancer, 7 had breast cancer, and 4 had liver cancer. No differences in the clinical characteristics and the results of routine and biochemistry studies in the pericardial fluid between tuberculous and malignant groups were found. Of the 12 patients undergoing cardiac catheterization, 6 cases had undergone catheter ablation for tachycardia and 4 cases had undergone percutaneous coronary intervention. The 6 patients undergoing catheter ablation were women and the ratio of pericardial effusion was higher in women (6/436) than in men (0/462; p<0.05). Pericardiocentesis and drainage was effective in the 6 patients who underwent catheter ablation, and the remaining 6 patients underwent surgical intervention after pericardiocentesis and drainage. All 8 patients with acute myocardial infarction died during hospitalization. 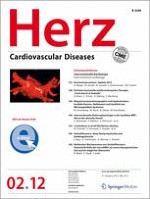