The Cluster of differentiation 226(CD226)/T cell immunoglobulin and immune receptor tyrosine-based inhibitory motif domain (TIGIT) axis plays an important role in the balance of the immune response. A previous study showed that CD226 is involved in CD4+ T cell differentiation and that blocking CD226 may attenuate experimental autoimmune encephalomyelitis (EAE) development. However, the molecular mechanisms underlying this process remain incompletely understood. In this study, it was found that Cd226−/− mice were less susceptible to EAE and that there was less T helper 17(Th17) cell infiltration with higher levels of regulatory cells (Tregs) infiltration in the Cd226−/− EAE mouse central nervous system (CNS) compared with that in the WT EAE mouse CNS. Moreover, the suppressive function of Cd226−/− Tregs was upregulated compared with that of WT Tregs. Furthermore, it was observed that the expression levels of CTLA-4 and TIGIT on Cd226−/− Tregs were higher than those on WT Tregs during EAE in the spleen and CNS. Our results demonstrate a pivotal role for CD226 in attenuating Treg function in EAE that was associated with downregulating the expression levels of CTLA-4 and TIGIT. 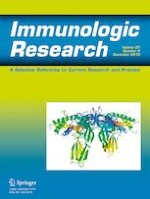 Autoantibodies against P29ING4 are associated with complex regional pain syndrome