Recent epidemiological studies have reported an increase in central nervous system (CNS)-active drug abuse rates in paediatric settings, raising several public health concerns. No study to date has explored this issue worldwide. We performed an extensive analysis of drugs abuse/overdose reported for children in the last decade by using the largest pharmacovigilance database, i.e. the VigiBase, collecting adverse drug reaction reports that involved at least one suspect drug belonging to the Anatomical Therapeutic Chemical code “Nervous System” through the Standardised Medical Dictionary for Drug Regulatory Affairs Queries for Drug abuse. 8.682 reports matched our criteria. An increase in reporting activity was observed, starting from 2014; an intentional overdose was reported more frequently than an accidental one, with a difference between age groups. We retrieved 997 reports with death outcome. These referred more to adolescents (n = 538) than subjects of any other paediatric age group. Paracetamol and opioid analgesics were the most common suspect drugs in deaths across all age groups due to hypoxic-ischaemic encephalopathy, brain death, and cardio-respiratory arrest.
Conclusion: The number of reports associated with drug abuse and overdose is increasing (for opioid and paracetamol-containing products) and a considerable number of adverse drug reactions are serious. Data on the patterns of use of such medicines from each country may help in implementing strategies of risk-minimisation and renewing healthcare recommendations worldwide. An increased clinical awareness of drug abuse and overdose is warranted, while continuing to provide effective treatments. 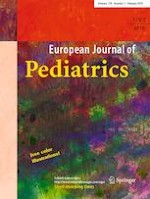 Evaluation of children with chronic cough including obstructive sleep apnea: a single-center experience

A review of filamin A mutations and associated interstitial lung disease