The purpose of this study was to elucidate the anatomy and clinical importance of extraforaminal ligaments in the cervical region.

This anatomic study may provide a better understanding of the relationship of the extraforaminal ligaments to the cervical nerve root. 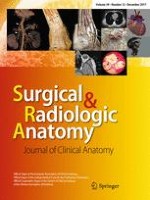