Signal increase on T1-weighted magnetic resonance imaging (MRI) in the dentate nucleus has been reported in adults after multiple injections of gadolinium-based contrast agents. Linear contrast agents are more prone to cause this increase. Studies in children are still rare and focus mostly on the analysis of one single agent.

To compare signal intensity chances in children after more than four injections of either only linear or only macrocyclic contrast agents.

Seventy children (examined from October 2001 to February 2016) were included in this retrospective study. Signal intensities in the dentate nucleus and pons were measured on non-enhanced T1-weighted images from the first and last MRI scans. A two-sample t-test compared the dentate nucleus-to-pons signal intensity ratio differences for linear versus macrocyclic gadolinium-based contrast agent applications and also the number of applications (4-8, 9-12 or >12). Patients’ charts were analysed to evaluate potentially associated neurological symptoms.

Patients had contrast-enhanced MRI using either only linear (n=16) or only macrocyclic (n=54) gadolinium-based contrast agents. In patients with >12 injections, dentate nucleus-to-pons signal intensity ratio was statistically different concerning the contrast agent class (0.16±0.125 for macrocyclic vs. 0.0005±0.13 for linear agents). For linear agents, a statistically significant increase was found between 4-8 injections (-0.051±0.087) and >12 injections (0.16±0.125). No neurological symptoms were recorded in patients with signal changes. 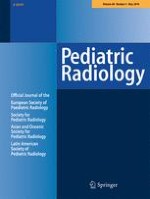