Lung biopsy is the gold standard for evaluating pathological changes in the pulmonary vascular bed. Knowing the distribution characteristics of pulmonary vascular lesions can improve the accuracy of lung biopsy. To investigate the distribution characteristics of pulmonary vascular remodeling, a reliable porcine model of shunt-associated pulmonary arterial hypertension (PAH) was established. Twenty piglets were randomly divided into the experimental group (n = 10) and the control group (n = 10). A modified Blalock–Taussig shunt (MBTS, left innominate artery to main pulmonary artery) was created surgically in the experimental group. Three months later, an invasive catheter was used to obtain hemodynamic parameters, and lung biopsy was performed to assess the remodeling of pulmonary vascular bed. MBTS was successfully implemented in six piglets. There’s no significant difference in hemodynamic parameters of the two groups before the shunt. However, these parameters and right ventricular hypertrophy index of the experimental group were significantly increased after three months shunting. Pathological changes in the experimental group, including thickening of pulmonary artery media, intimal fibrosis, and right ventricular hypertrophy, were observed. Furthermore, the percentage of media thickness and medial area of the experimental group were significantly higher than control group. Histopathology showed that vascular remodeling of the lung was inhomogeneous and that the lateral lesion was more severe than other segments. These results indicated that MBTS could be used to establish a reliable porcine model of shunt-associated PAH and that multisite detection with different segments should be applied to assess the severity of pulmonary vascular remodeling. 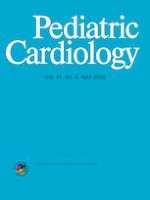