Muscle-invasive bladder cancer (MIBC) is an aggressive disease for which treatment strategies are continuously evolving. We characterized trends in treatment modalities for MIBC from 2004 to 2013 (the “pre-immunotherapy era”) and identified predictors of receiving the current standard of care treatment: neoadjuvant chemotherapy (NAC) followed by radical cystectomy (RC).

We used the National Cancer Database to identify individuals diagnosed with clinically localized MIBC from 2004 to 2013. We calculated the yearly prevalence of NAC followed by RC, RC as first treatment, trimodal therapy, chemotherapy and/or radiation alone, and no treatment. We then identified factors associated with receiving NAC prior to RC.

There was a notable increase in the use of NAC followed by RC over the study period, from 3.68% in 2004 to 14.83% in 2013 (P < 0.001). Factors associated with decreased odds of receiving this regimen included being older, Black, uninsured, less educated, and more burdened by comorbidities. Rates of trimodal therapy and chemotherapy and/or radiation alone remained relatively constant (approximately 5 and 17%, respectively). There was a consistent decline in the proportion of patients who did not receive any treatment, down to 34.20% in 2013.

Trends in localized MIBC treatment have evolved substantially since the early 2000s, and certain patient characteristics are associated with lower odds of receiving the current standard of care. This serves as a foundation from which to judge the impact of the upcoming immunotherapy era on the treatment landscape for this disease. 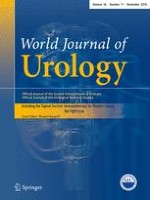 Surgical margin status and its impact on prostate cancer prognosis after radical prostatectomy: a meta-analysis

Development of immunotherapy in bladder cancer: present and future on targeting PD(L)1 and CTLA-4 pathways