The mean CVD on UWF ICGA was increased in CSC, thick-choroid PCV, and PNV, whereas it was relatively low in thin-choroid PCV and typical AMD. Congestion at the vortex ampulla might be a cause of increased CVD, therefore increasing the SFCT in pachychoroid eyes. 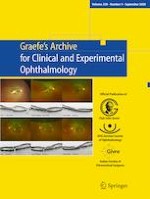