Since the introduction of direct-acting antivirals (DAAs), the outcomes of hepatitis C (HCV) treatment have shown an improvement in cure rates with minimal side effects. However, to date, the safety and efficacy of DAAs have not been specifically examined in elderly patients. The treatment of HCV in the era of pegylated interferon and ribavirin was more challenging among elderly patients due to the increased prevalence of multiple comorbid conditions associated with an increased risk of side effects, including anemia, and high rates of discontinuation, likely as a result of poor tolerability, resulting in lower rates of sustained virologic response (SVR). The advent of highly efficacious all-oral DAA agents with minimal adverse events has provided more data on the outcomes of treatment in the elderly population. The current evidence shows that DAA agents have been effective and safe in the elderly population, with comparable rates of SVR. The aim of this article was to review the safety and efficacy of commonly prescribed DAA agents in the management of chronic HCV in the elderly population. 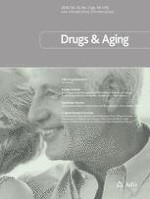 Pharmacotherapeutic Management of Breast Cancer in Elderly Patients: The Promise of Novel Agents

Polypharmacy in Home Care in Europe: Cross-Sectional Data from the IBenC Study

Effects of a Medication Review on Delirium in Older Hospitalised Patients: A Comparative Retrospective Cohort Study

Denosumab: A Review in Postmenopausal Osteoporosis

Efficacy and Safety of Secukinumab in Elderly Subjects with Moderate to Severe Plaque Psoriasis: A Pooled Analysis of Phase III Studies

Clinical and Economic Outcomes of Interventions to Reduce Antipsychotic and Benzodiazepine Use Within Nursing Homes: A Systematic Review