Determination of circulating prostate specific antigen (PSA) is commonly used in the diagnosis and treatment monitoring of prostate cancer [1]. Presently, PSA testing is performed in centralized laboratories, which is associated with prolonged time between venipuncture and the PSA value being available. In this prospective study, we present a new and rapid test system for the quantitative determination of PSA levels from finger-stick blood.

Eighty-six percent of finger-stick blood-borne probes from 100 men were evaluable for PSA testing by the Claros1® analyzer system. In 13/14 cases the expiry date of the microfluid cassettes of the Claros system was exceeded and one blood puncture was performed inadequately. The correlations between the Claros results and OPKO–Abbott and OPKO–Roche assay results were high, with R2 values of 0.982 and 0.985, respectively. The R2 value for the Roche–Abbott correlation was 0.991 with a slope value of 1.160. Prostate cancer was diagnosed in seven cases, with a median PSA of 1.8 ng/ml in the Claros group compared to 1.75 ng/ml and 2.1 ng/ml in the Abbott and Roche groups, respectively.

The Claros1® PSA assay combines the advantages of rapid, accurate detection with a low required sample volume, allowing the analysis to be performed using finger-stick blood. Provided that further analysis proves the reproducibility of the test, it may help to reduce the number of office visits, thus decreasing costs to the health care system. 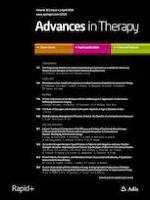