Current day youth have an important role in climate activism, as the decisions and policies made now will have long lasting impacts on the climate and sustainability. Climate change is becoming an increasing concern for younger generations. As such, the purpose of this study was to describe content related to climate change on TikTok. This study included 100 English-language videos related to climate change featured on TikTok. The hashtag #climatechange was chosen because it had the most views of any related hashtag at the time of the study. The number of views, comments, and likes were recorded for each video. Each video was also observed for the presence of predetermined content characteristics. The 100 videos sampled collectively received 205,551,200 views, 40, 203,400 likes, and 666,089 comments. Only eight of the 100 videos included information from a reputable source. Only three of the characteristics were featured in a majority (> 50) of the videos. These were, presents climate change as real (93), affected populations (76), and climate anxiety/frustration (57). Videos mentioning natural disasters garnered 63,453,100 (30.87%) views, 14,245,200 (35.43%) likes, and 236,493 (35.50%) comments. In all, 73 of the 100 videos mentioned at least one environmental impact. Videos including this theme earned 156,677,200 (76.22%) views, 32,000,700 (79.60%) likes, and 563,195 (84.55%) comments. Social media platforms such as TikTok are important tools for understanding popular opinion regarding public health issues such as global climate change. However, the presence of credible professionals is essential on platforms such as TikTok to increase the chances that messaging is as comprehensive as time allows, while also being scientifically sound.
Anzeige 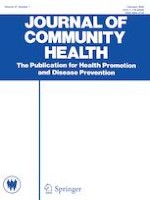 E-cigarette Use Among Young Adult Patients: The Opportunity to Intervene on Risky Lifestyle Behaviors to Reduce Cancer Risk

The Assessment of COVID-19 Knowledge and Attitudes Among a Middle Eastern North African Community in Dearborn, Michigan

Testing, Inequities and Vulnerability of Adolescents to Sexually Transmitted Infections