Psoriatic arthritis (PsA) is a chronic, inflammatory arthritis that affects an estimated 30% of patients with psoriasis. PsA is underdiagnosed in primary care and dermatology clinics due to a variety of reasons, including failure of healthcare providers to ask about symptoms, overlap of symptoms and signs with other rheumatologic conditions, and lack of a specific diagnostic test. A delay in PsA diagnosis and treatment, even as short as 6 months, can lead to decreased quality of life, increased joint damage, and worse long-term physical function. In this study, we sought to identify the clinical and genetic factors that help discriminate patients with PsA from those with cutaneous psoriasis only.

We analyzed a cohort of 974 psoriasis patients at an academic medical center, of whom 175 had confirmed PsA, and performed univariate, multivariate, and predictive modeling to determine factors associated with PsA.

The univariate analysis revealed significant positive associations of PsA with age, nail involvement, scalp involvement, skin fold involvement, elbow/knee involvement, psoriasis severity, plaque subtype, erythrodermic subtype, hypertension, type 2 diabetes, and coronary artery disease, and a significant negative association of PsA with the human leukocyte antigen (HLA)-C*06:02 allele. In the multivariate analysis, nail involvement, type 2 diabetes, and pustular psoriasis remained significantly associated with PsA, while HLA-C*06:02 positivity remained protective. There was a trend towards an association of PsA with older age, younger age of psoriasis onset, and skin fold involvement, while there was protective trend for smoking. A predictive model including both clinical and genetic factors showed reasonable discriminative ability between psoriasis and PsA, with an area under the curve of 0.87 for a receiver operating characteristic curve. 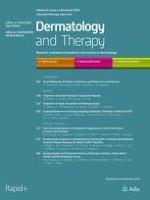 Topical Selenium Sulfide for the Treatment of Hyperkeratosis

A Case of Nail Psoriasis Successfully Treated with Intralesional Methotrexate