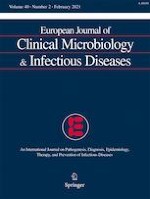 Letermovir for the compassionate therapeutic use of cytomegalovirus infection