Recently, longitudinal stent deformation (LSD) has been reported increasingly. Even though the reported cases included almost all stent designs, most cases were seen in the Element™ stent design (Boston Scientific, Natick, MA, USA). It is considered that stent design, lesion and procedural characteristics play a role in the etiology of LSD. Yet, the effect of LSD on long-term clinical outcomes has not been studied well. Element stents implanted between January 2013 and April 2015 in our hospital were examined retrospectively. Patients were grouped into two according to the presence of LSD, and their clinical, lesion and procedural characteristics were studied. Twenty-four LSD’s were detected in 1812 Element stents deployed in 1314 patients (1.83 % of PCI cases and 1.32 % of all Element stents). LMCA lesions (16.7 % vs 1.6 %, p < 0.001), complex lesions (75 % vs 35.1 %, p < 0.001), bifurcation lesions (37.5 % vs 18.3 %, p = 0.017), ostial lesions (33.3 % vs 12.8 %, p = 0.003), using of extra-support guiding catheter (54.2 % vs 22.3 %, p < 0.001) and extra-support guidewire (37.5 % vs 16.2 %, p = 0.005) were found to be more frequent in cases with LSD than in cases without it. In addition, the number of stents, stent inflation pressure and the use of post-dilatation were significantly different between the two groups. Two patients had an adverse event during the follow-up period. LSD is a rarely encountered complication, and is more common in complex lesions such as ostial, bifurcation and LMCA lesions. The use of extra-support guiding catheter, extra-support guidewires and low stent inflation pressure increases the occurrence of LSD. Nevertheless, with increased awareness of LSD and proper treatment, unwanted long-term outcomes can be successfully prevented. 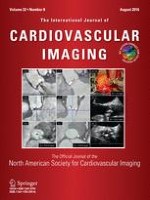 Regional contribution to ventricular stroke volume is affected on the left side, but not on the right in patients with pulmonary hypertension