Hypertrophic pachymeningitis (HP) is characterized by cranial and/or spinal thickening of the dura mater with or without associated inflammation. Neuroimaging studies reveal dura mater thickening and focal or diffuse contrast enhancement. It is described in association with trauma, infections, tumors, autoimmune/inflammatory diseases, and cerebrospinal fluid hypotension syndrome, with some cases remaining idiopathic.

A retrospective study was conducted with patients’ identification through a key terms search within MRI reports in the period of July 2008 to September 2015. Clinical files, MRI, laboratory, and pathology data were reviewed.

Fifty-three patients were identified and 20 were excluded because they did not meet the inclusion criteria. Of the 33 included, 19 were female, with a mean age at symptoms onset of 51.2 ± 17.6 years. The most common presenting symptoms were headache and cranial nerves palsy, followed by seizures, delirium, lumbar pain, cognitive decline, motor deficit, and language impairment. In 17 patients, a neoplastic etiology was identified; in eight, inflammatory/autoimmune; in six, infectious; and two were classified as idiopathic. Of the eight patients with inflammatory/autoimmune etiology, four had possible IgG4-related disease (IgG4-RD) and the remaining had granulomatosis with polyangiitis, sarcoidosis, rheumatoid arthritis, and Tolosa-Hunt syndrome. Treatment was directed according to the underlying etiology.

In the described series, a female predominance was identified, with symptoms’ onset in the 5th decade. Although headache was the most common symptom, clinical presentation was varied, emphasizing the role of MRI in HP diagnosis. The underlying etiologies were diverse, with only a few cases remaining idiopathic, also reflecting the contribution of the recently described IgG4-RD. 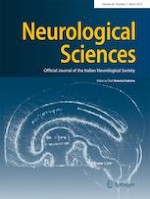