Pseudocirrhosis has been demonstrated to mimic cirrhosis radiographically, but studies evaluating the pathophysiology and clinical features are lacking. To better understand the incidence, risk factors, clinical course, and etiology of pseudocirrhosis, we performed a retrospective analysis of consecutively treated patients with metastatic breast cancer (MBC).

Of 374 patients treated for MBC from 2006 to 2012, 199 had imaging available for review. One radiologist evaluated computed tomography scans for evidence of pseudocirrhosis. Features of groups with and without pseudocirrhosis were compared by Kaplan–Meier product-limit survival estimates and log-rank tests. Wilcoxon Rank-Sum testing evaluated if patients more heavily treated were more likely to develop pseudocirrhosis. Univariate and multivariate Cox proportional hazard models investigated factors associated with mortality.

Pseudocirrhosis does not occur in the absence of liver metastases, can manifest as hepatic decompensation, and appears to be associated with poorer survival amongst patients with hepatic metastases. Higher cumulative exposure to systemic therapy may be causative, instead of the previously held belief of pseudocirrhosis as an adverse effect of a particular systemic agent/class. 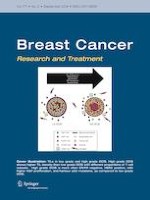 Breast leptomeningeal disease: a review of current practices and updates on management

HER2+ breast cancer treatment and cardiotoxicity: monitoring and management