Psychosocial factors have been linked with loss to follow-up (LTFU) and clinical outcomes among people living with HIV (PLH), however little is known about the effect of psychosocial support on LTFU among PLH in treatment and care. The purpose of this study was to explore the effect of NAMWEZA (“Yes, together we can”) friends’ psychosocial support intervention on clinical outcomes and LTFU among PLH. NAMWEZA is based on a novel program using “appreciative inquiry”, positive psychology approaches to empower, promote positive attitudes and foster hope.

PLH participating in the NAMWEZA intervention in HIV care clinics in Dar es Salaam Tanzania were compared with non-exposed PLH obtained from facilities that routinely collect clinical information and both followed longitudinally for 24 months. Baseline sociodemographic, clinical measures (CD4 cell count, hemoglobin (HGB), weight), and LTFU measures were collected. Chi square, Fisher’s exact tests, and t-tests were used to compare the frequencies for categorical variables and the means of continuous variables from the intervention and the comparison groups to identify variables that were significantly different across the two groups. Random effects models were performed to examine the bivariate associations between the intervention status and clinical outcomes.

At the end of 24 months of follow-up mean CD4 count and HGB levels increased significantly in both intervention and comparison groups (p = 0.009 and p < 0.0001, respectively). Weight increased significantly only in the intervention group (p = 0.003). Cumulative LTFU was three times higher in the comparison compared to the intervention (p < 0.001) group. Having a low CD4 count, extremes of weight, low HGB, younger age, and male gender were significantly associated with LTFU among the unexposed group, while being on ART for duration of 12 months or more was protective against LTFU in those intervened. 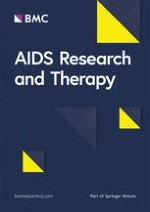 Barriers to uptake of early infant HIV testing in Zambia: the role of intimate partner violence and HIV status disclosure within couples