Patients in rural communities are less likely to receive treatment for their hepatitis C (HCV) infection. Telemedicine (TM) consultation can close the gap of access to specialists in remote and under-served areas.

We performed a retrospective analysis of 80 HCV patients treated at different TM sites (TM, n = 40) and at the University of California Davis Hepatology Clinic (HC, n = 40) between 2006 and 2010, comparing baseline characteristics and clinical outcomes.

The two groups had equivalent SVR. For the TM group therapy completion was superior and incidence of anemia was lower. This initial study suggests that, as a group, patients with HCV, can be safely and effectively treated via telemedicine. 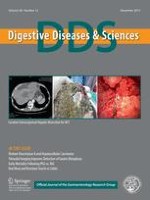