Type 2 diabetes is characterised by chronic hyperglycaemia and its incidence is highly increased by exaggerated food consumption. It results from a lack of insulin action/production, but growing evidence suggests that it might also involve hyperglucagonaemia and impaired control of glucose homeostasis by the brain. In recent years, the cocaine and amphetamine-regulated transcript (CART) peptides have generated a lot of interest in the battle against obesity because, via the brain, they exert anorexic effects and they increase energy expenditure. They are also localised, outside the brain, in discrete regions of the body and play a hormonal role in controlling various functions. In this issue of Diabetologia, the Wierup group (doi: 10.​1007/​s00125-016-4020-6) shows that CART peptides are expressed heterogeneously in islet cells of various species, including humans, and that their expression is upregulated in diabetes. The authors also shine a spotlight on some interesting effects of CART peptides on islet function, including stimulation of insulin secretion and inhibition of glucagon release. CART peptides would thus be at the centre of a cooperation between the brain and the endocrine pancreas to control glucose homeostasis. Although the mechanisms of action of CART peptides remain enigmatic because no specific receptor for these peptides has so far been discovered, their potential therapeutic use is evident and represents a new challenge for future research. 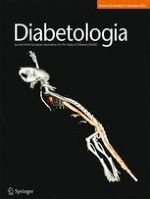 Can we make a better beta cell?