Colorectal cancer (CRC), results in a hypercoagulable state which manifests clinically as venous thromboembolism (VTE), often presenting as a deep vein thrombosis (DVT) or pulmonary embolism (PE). The consequences of VTE in CRC can be devastating, resulting in long-term morbidity and are a frequent cause of death, even amongst those who would have otherwise had a favourable cancer prognosis.
The incidence of VTE in all cancers is increasing, whilst the exact incidence of VTE in CRC is likely to be underestimated. All cancer treatments increase the risk of VTE in an already at risk population.

CRC-associated VTE is a challenging entity to manage with recurrences occurring more frequently in cancer patients, despite anticoagulation. Anticoagulation, whether treatment or prophylactic, increases the risk of bleeding, especially in patients with cancer. Although strong evidence underpins the initial management of cancer-associated VTE, there is uncertainty with regard optimum treatment duration. For VTE prevention, extended (28 days), pharmacological thromboprophylaxis post CRC surgery is internationally recommended. Pharmacological thromboprophylaxis is not routinely recommended for nonhospitalised patients receiving chemotherapy.

There is growing evidence of a symbiotic relationship between cancer biology and the clotting system. Tissue factor (TF), the initiator of the clotting pathway, promotes cancer via clotting dependent and independent mechanisms. Clotting pathway factors, including TF, may have utility as biomarkers in CRC, for assessment of VTE risk in addition to cancer prognosis. The clotting system may also be a target for potential anti-cancer therapies, either via existing anticoagulants or experimental direct TF inhibitors. 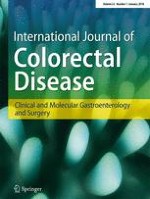 Outcomes of open versus laparoscopic surgery in patients with rectal cancer