A total of 22 Japanese patients with hypophosphatasia were included in a study analysing the relationship between mutations in the tissue-nonspecific alkaline phosphatase (TNSALP) gene and the severity of the phenotype in Japanese patients with hypophosphatasia. The enzymatic activity of some of the identified mutant TNSALP proteins was also examined using corresponding expression vectors. Eighteen mutations, including 6 novel ones, were identified in the patients. Among them, the common mutations were F310L and T1559del. Of note, five patients with F310L mutation in one of the alleles exhibited a relatively mild phenotype without respiratory complications despite its perinatal onset. In contrast, the T1559del mutation is associated with perinatal lethal and infantile forms when not found in patients with the F310L mutation. The genotype-phenotype relationship was, to some extent, consistent with the enzymatic activity of the mutant ALP proteins; mutations K207E and G409C found in a surviving case of infantile hypophosphatasia, as well as F310L, retained some residual activities, whereas T1559del caused a complete loss of activity. Conclusion:In Japanese patients, the common mutations F310L and T1559del are associated with the relatively mild and lethal forms of hypophosphatasia, respectively. Our results may enhance the importance of genotyping patients with hypophosphatasia to predict their prognosis. 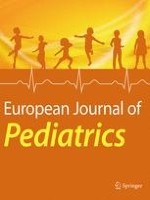 Biotinidase deficiency: the importance of adequate follow-up for an inconclusive newborn screening result

Occurrence of haemophagocytic lymphohistiocytosis at less than 1 year of age: analysis of 96 patients