Refugees and new immigrants arriving in the United States (U.S.) often encounter a multitude of stressors adjusting to a new country and potentially coping with past traumas. Community gardens have been celebrated for their role in improving physical and emotional health, and in the Twin Cities of Minnesota, have been offered as a resource to immigrants and refugees. The purpose of this study is to present a mixed method evaluation of a refugee gardening project hosted by area churches serving primarily Karen and Bhutanese populations. Quantitative data were obtained from early and late season surveys (44 and 45 % response rates, respectively), and seven focus groups conducted at the end of the season provided qualitative data. Although few gardeners (4 %) identified food insecurity as a problem, 86 % indicated that they received some food subsidy, and 78 % reported vegetable intake increased between the early and late season surveys. Twelve percent of gardeners indicated possible depression using the PHQ-2 scale; in focus groups numerous respondents identified the gardens as a healing space for their depression or anxiety. Refugee gardeners expressed receiving physical and emotional benefits from gardening, including a sense of identity with their former selves. Gardens may serve as a meaningful health promotion intervention for refugees and immigrants adjusting to the complexity of their new lives in the U.S. and coping with past traumas.

Titel
Community Gardens for Refugee and Immigrant Communities as a Means of Health Promotion
Autoren:
Kari A. Hartwig
Meghan Mason 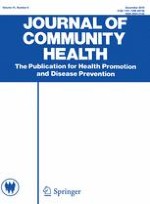