Comparing the Safety and Efficacy of Celecoxib for the Treatment of Osteoarthritis in Asian and non-Asian Populations: An Analysis of Data from Two Randomized, Double-blind, Placebo-controlled, Active-comparator Trials | springermedizin.de Skip to main content
TOOLBAR 1 2 3 4
SUCHE MENÜ 1 2 3 4

Celecoxib is an effective treatment for pain associated with osteoarthritis. There are differences in patient demographics among ethnic groups, with Asian populations typically smaller in body size. As a consequence, there may be a perception that celecoxib is less effective, or has poorer tolerability in Asian patients.

This analysis compares data from two multicenter, randomized, double-blind, placebo-controlled, active-comparator trials of celecoxib for the treatment of osteoarthritis of the knee: one study in Asian patients and the other in a mixed population comprised mostly of non-Asian patients (from which Asian patients were excluded for this analysis). Each trial was of similar design, with patients randomized 2:2:1 to 6 weeks treatment with celecoxib 200 mg once daily, active comparator (naproxen 500 mg twice daily or ibuprofen 800 mg three times daily), or placebo. The primary efficacy endpoint in each trial was the change from baseline to week 6 in the Patient’s Assessment of Arthritis Pain, as measured on a visual analog scale.

Due to the smaller size of some Asian patients with OA, physicians may be tempted to decrease the dose of celecoxib below the therapeutic range recognized by regulatory authorities; these data suggest that dose changes are not necessary. 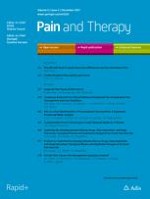 Fundamentals of and Critical Issues in Lipid Autacoid Medicine: A Review