We used data from a longitudinal panel, the Hygiene and Behaviour Infectious Diseases Study (HaBIDS), conducted in 2014/2015 in four regions in Lower Saxony, Germany. Individuals were recruited using address-based probability sampling. In two regions, individuals could choose between paper-and-pencil and online questionnaires. In the other two regions, individuals were offered online-only participation. We compared sociodemographic characteristics of respondents who filled in all panel questionnaires between the mixed-mode group (n = 1110) and the online-only group (n = 482). Using 134 items, we performed multinomial logistic regression to compare responses between survey designs in terms of type (missing, “do not know” or valid response) and ordinal regression to compare responses in terms of content. We applied the false discovery rates (FDR) to control for multiple testing and investigated effects of adjusting for sociodemographic characteristic. For validation of the differential response patterns between mixed-mode and online-only, we compared the response patterns between paper and online mode among the respondents in the mixed-mode group in one region (n = 786).

Respondents in the online-only group were older than those in the mixed-mode group, but both groups did not differ regarding sex or education. Type of response did not differ between the online-only and the mixed-mode group. Survey design was associated with different content of response in 18 of the 134 investigated items; which decreased to 11 after adjusting for sociodemographic variables. In the validation within the mixed-mode, only two of those were among the 11 significantly different items. The probability of observing by chance the same two or more significant differences in this setting was 22%. 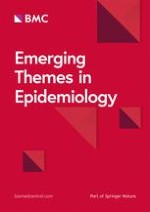 Model checking in multiple imputation: an overview and case study

Do children with neurological disabilities use more inpatient resources: an observational study