Comparison of retropubic, laparoscopic and robotic radical prostatectomy: who is the winner? | springermedizin.de Skip to main content
TOOLBAR 1 2 3 4
SUCHE MENÜ 1 2 3 4

For PSM and peri- and post-operative complications, RALP showed better results than ORP and LRP. In the context of the biases between the studies, one should interpret the results with caution. 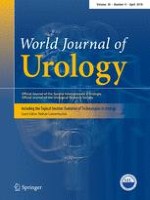 Evolution of technologies in urology: full steam ahead?