Validated questionnaires are commonly used in research, but successful completion rates in clinical settings are largely unknown. The primary goal of this study was to assess the frequency of appropriate completion of a validated research survey. We secondarily examined relationships between demographics and successful questionnaire completion.

New patients completed a paper form of the Pelvic Floor Bother Questionnaire (PFBQ) to assess pelvic floor symptoms and level of bother. Various aspects of successful survey completion were assessed, including unanswered questions, affirmative responses without selection of a level of bother, or choosing a level of bother despite reporting not having a symptom. Relationships between self-reported demographic characteristics and completion of the survey were also evaluated.

Overall successful completion of the survey as designed and validated was low, even in a highly educated population. Ways to simplify the instrument to enhance completion, such as electronic smart questionnaires, should be further investigated. 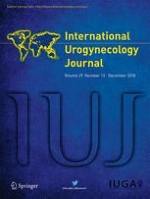