To describe the imaging features in five children with esophageal bronchus.

We reviewed hospital records and teaching files at two large pediatric tertiary referral centers over the 24-year period from January 1992 to January 2016. We reviewed all imaging studies and tabulated findings on radiography, fluoroscopic upper gastrointestinal (GI) series and CT. We then described the imaging features of esophageal bronchi with emphasis on CT and upper GI findings in four infants and one toddler.

Three cases were identified from one institution (cases 2, 3, 4) and two from another (cases 1, 5). All five cases occurred in association with other midline malformations: four of the five had VACTERL association and three of the five had esophageal atresia and TEF.

Lung opacification, ipsilateral mediastinal shift, and an abnormal carina and anomalous vascular anatomy suggest an esophageal bronchus or an esophageal lung on CT. While esophageal bronchus is a rare cause of an opaque hemithorax, CT and upper GI imaging play key roles in its diagnosis. Associations with esophageal atresia with tracheo-esophageal fistula and VACTERL association are particularly pertinent. Early diagnosis of esophageal bronchus might prevent complications such as aspiration and infection, which can allow for parenchymal sparing surgery as opposed to pneumonectomy. 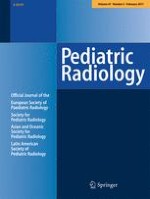 Reply regarding ‘Presentation to publication: institutional and individual factors’