During heated intraperitoneal chemotherapy (HIPEC), neutropenia rates of 20 to 40% have been reported when mitomycin C (MMC) is dosed by weight or body surface area (BSA). This study investigated the authors’ HIPEC experience using a fixed 40-mg dose of MMC, per consensus guidelines, and analyzed predictors for severe leukopenia and neutropenia.

Patients who underwent MMC-HIPEC from 2007 to 2016 at a single tertiary care center were retrospectively reviewed.

Among 314 MMC-HIPEC cases, 72 patients in the early era of the authors’ program received routine prophylactic postoperative granulocyte-colony-stimulating factor (GCSF). This early cohort had five severe leukopenic reactions and one neutropenic reaction. In the subsequent 242 cases without GCSF prophylaxis, severe leukopenia developed in 16 patients (7%), with neutropenia occurring in 11 (4.5%) of these cases. A history of prior systemic chemotherapy was noted in 9 (56%) of the 16 leukopenic patients compared with 112 (46%) of the patients who had no leukopenia (nonsignificant difference). The median nadir of leukopenia was 5 days (range 1–11 days). Of the 11 neutropenic patients, 6 received therapeutic GCSF, and 5 recovered without intervention. The 30-day postoperative mortality of the patients with leukopenia was 0%.

In this study, the incidence of neutropenia after HIPEC with 40 mg of MMC was markedly lower than reported in the literature for doses adjusted by BSA or weight. The authors report that GCSF is not necessary for routine prophylaxis of all MMC-HIPEC patients. The findings suggest that a fixed 40-mg dose of MMC allows HIPEC to be performed with less risk of immunosuppression. 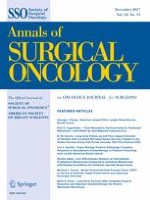