The introduction of the endoscope to transsphenoidal pituitary surgery is not new and it has been abandoned in the past. Now, after some technological advances has been proposed again as an advancement in this field. However, there is still a debate on this topic and some authors consider endoscopic surgery a form of developing surgery in an evolution step. The use of the endoscope to visualize the sella has been suggested to offer a better visualization as well as an improved range of motion compared to the operating microscope. However, the real advantage in terms of efficacy and safety is still matter of debate. The conversion to microsurgery has been reported in a significant number of cases, particularly in recurrences, where the difficulties of reoperation require more skill. There is evidence in recent studies that the endonasal and bleeding complications are significantly higher in endoscopic approaches than in microscopic ones. In particular, patient discomfort, smell, and taste impairment are higher with the endoscopic method compared with microscopic approaches. At present pure endoscopic transsphenoidal surgery is not a cost effective technology. In fact, the operative time is longer than in microscopic approaches and the number of surgeons required for the procedure is usually double compared to microscopic approaches. This paper will outline on the basis of the data available in literature the reasons why, at present, the pure endoscopic endonasal transsphenoidal surgery should not be yet considered the standard technique for transsphenoidal surgery in patients with pituitary adenomas. 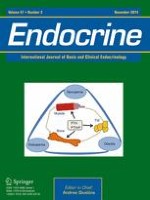