main-content
nach oben
Zurück zum Suchergebnis
​
print
Inhaltsverzeichnis
​
insite
Ausgabenarchiv
​
archive
​
insite
Drucken
​
print
» Jetzt Zugang zum Volltext erhalten
Wichtige Hinweise
Each author certifies that he or she, or a member of his or her immediate family, has no funding or commercial associations (eg, consultancies, stock ownership, equity interest, patent/licensing arrangements, etc) that might pose a conflict of interest in connection with the submitted article.
All ICMJE Conflict of Interest Forms for authors and Clinical Orthopaedics and Related Research editors and board members are on file with the publication and can be viewed on request.
Each author certifies that his or her institution approved the human protocol for this investigation, that all investigations were conducted in conformity with ethical principles of research, and that informed consent for participation in the study was obtained.

In a previous study, we described the distribution of coronal alignment in a normal asymptomatic population and recognized the occurrence of constitutional varus in one of four individuals. It is important to further investigate the influence of this condition on the joint line orientation and how the latter is affected by the onset and progression of arthritis.

Constitutional varus does not affect joint line orientation. Advanced medial arthritis causes divergence of the joint line from parallel to the floor. These findings influence decision-making for osteotomy and alignment in total knee arthroplasty. 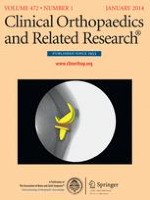 Does Adding Antibiotics to Cement Reduce the Need for Early Revision in Total Knee Arthroplasty?

Causes, Risk Factors, and Trends in Failures After TKA in Korea Over the Past 5 Years: A Multicenter Study