The objective of the present study is to evaluate postoperative analgesic outcome of the continuous bilateral transversus abdominis plane (TAP) block using bupivacaine infusion through an epidural catheter inserted through laparoscopic ports. 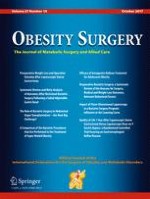 The Role of Bariatric Surgery in Abdominal Organ Transplantation—the Next Big Challenge?