This review paper presents, in the first part, the different classes of contrast media that are already used or are in development for cardiac magnetic resonance imaging. A classification of the different types of contrast media is proposed based on the distribution of the compounds in the body, their type of relaxivity and their potential affinity to particular molecules. In the second part, the different uses of the extracellular type of T1-enhancing contrast agent for myocardial imaging is covered from the detection of stable coronary artery disease to the detection and characterization of chronic infarction. A particular emphasis is placed on the clinical use of gadolinium-chelates, which are the universally used type of MRI contrast agent in the clinical routine. Both approaches, first-pass magnetic resonance imaging (FP-MRI) as well as delayed-enhanced magnetic resonance imaging (DE-MRI), are covered in the different situations of acute and chronic myocardial infarction. 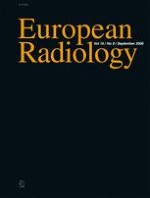